Deep Into Springtime, Approaching The Summer (Or, Catching Up)

Wow, has it been January since we last did a post on what’s been happening?! Yep, can’t lie…it has been that long. That doesn’t mean that things haven’t been busy on the Soul Dust front. It just means that the poor site has been a little neglected, and needs some love. So as late as it is, love is here!

We’ve been steady in our gigs, hitting up local venues such as our friends at Bang The Drum, Luis Wine Bar, Studios on the Park, and more. We’ve even done a couple of events, despite the rain: The 90’s Pajama Jammy Jam, which is getting a redo in early June, and our return to SLO Brew, after almost two years, this past week. We were also involved with SLO Record Swap, an event that’s going into its sixth year of events big and small, with the granddaddy featuring a number of vendors selling crates of records, DJs spinning music, and the community gathering together for good times. So yes, a bit busy, and we’re planning to make more.

June is gonna be a busy month for the Soul Dust crew, from the NAACP to the festival, alongside surrounding events, including a couple of Friday at a new location, Broad Street Pub. The NAACP here in SLO will be doing a fundraiser at SLO Vets Hall, which we’ll be a part of early on, while we have teamed up with the great folks at the local electronic dance crew Sub.Session, as it’s co-hosting a big music festival alongside a group influenced by Burning Man known as Stoke The World. It’s a three-day event, and we’ll be doing our 2-hour stint on Day One. So all-in-all, we’re, um, stoked by all of the goodness.

For the moment, that’s all we got. We have quite a bit of updating on this site to do, so we’ll do that in the coming weeks. Plus we’ll do our best to post more upcoming events; we want to first try and get our past events posted for archival purposes, which looks to be a bit more work than anticipated. But again, we’ll get at you.

Thanks as ever for all of your support; Soul Dust just cannot be, without you. 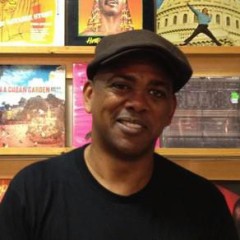 View all posts by Velanche
Skip back to main navigation